With her 2020 JUNO Award for Classical Album of the Year: Solo or Chamber, Angela Schwarzkopf became the first harpist to recieve the award in 25 years, joining fellow Canadian harp icons Erica Goodman and Judy Loman. 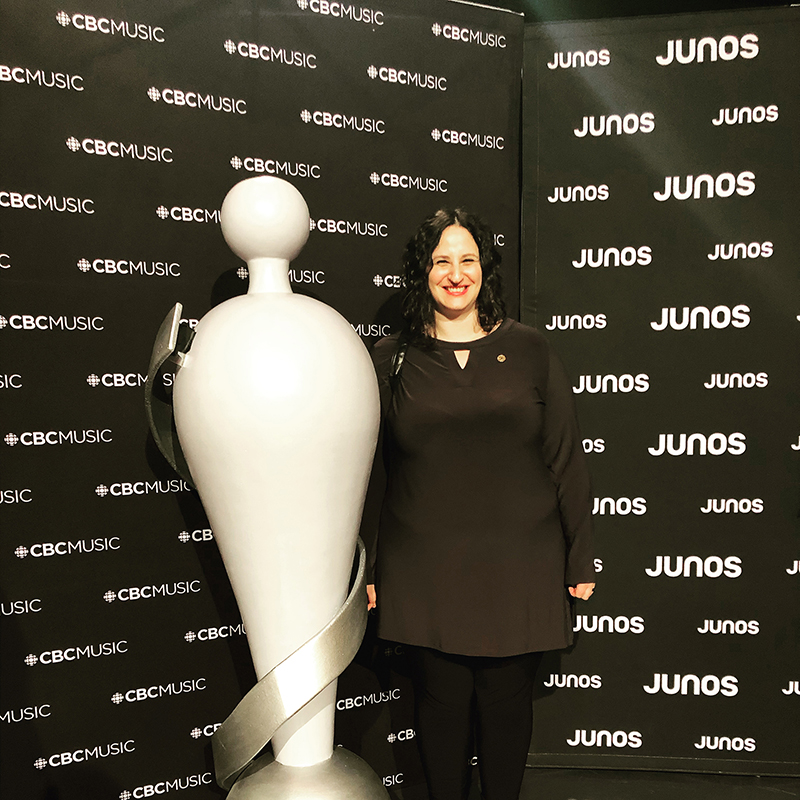 JUNO award winning harpist Angela Schwarzkopf concertizes throughout the Toronto area and beyond as a soloist, chamber musician, and orchestral harpist. The first harpist to receive a Doctorate of Music in harp performance in Canada, she now teaches at a number of esteemed institutions and performs with top ensembles nationwide. Favorite performances include Raga by Caroline Lizotte with harp legend Judy Loman, Bartok Concerto for Orchestra with the National Art Centre Orchestra for their 50th Anniversary, and the double harp concerto The Passion of Angels by Canadian composer Marjan Mozetich with fellow harpist Erica Goodman and the Hamilton Philharmonic Orchestra. She is also a founding member of The Topaz Duo with flutist Kaili Maimets. She is the newly appointed principal harp of London Symphonia and is playing the 2022-2023 season with the National Arts Centre Orchestra.

As an advocate for new music, Angela has worked on commissioning projects with many prominent composers. Her debut album, detach, of all Canadian new music won a 2020 JUNO award for Classical Album of the Year: Solo or Chamber, and is regularly played on CBC radio. detach, features several new Canadian commissions by composers Monica Pearce, Elisha Denburg, Kevin Lau, and Mark Nerenberg. She has received grants from the American Harp Society for commissioning new works and a grant from the Ontario Arts Council for her recording project. In the spring of 2022 Topaz Duo released their debut recording, lumena, in featuring works by living North American composers including a new commission by Kevin Lau. The recording has since been met with praise and is played regularly on CBC radio. They received grants from both FACTOR Canada and the Ontario Arts Council for this project. Angela’s past collaborations with organizations like the Caution Tape Sound Collective and the Toy Piano Composers have yielded several new harp solo and chamber works for harp. Angela continues to actively support Canadian new music giving presentations on writing for the harp to different organizations including the Canadian League of Composers.

Angela is an instructor at the University of Toronto and the Glenn Gould School of Music. During the summer she is on faculty at the internationally renowned Young Artist’s Harp Seminar in the US. Angela maintains a thriving studio of private students in Toronto. Angela is the newly appointed harp examiner with the Royal Conservatory College of Examiners. Recently, Angela has given masterclasses and presentations at several institutions including the University of Arizona and Sam Houston State University. As a juror, she has adjudicated for recitals, juries, chamber music, orchestral exams, and auditions of all kinds. Most recently she has adjudicated for the National Arts Centre Orchestra Bursary Competition, the Kiwanis Music Festival, the University of Toronto, the Glenn Gould School, and at the Young Artist’s Harp Seminar Competition.