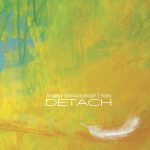 Classical Album of the Year:
Solo or Chamber 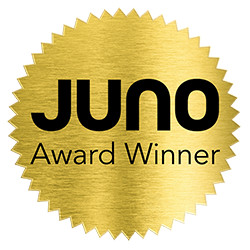 Her sublime instrumental touch and skillful manipulation of dynamics successfully draw in and activate listenership.

Harpist Schwarzkopf is a dazzling player, with total command of articulation, dynamics, and rhythm and the music here is equally sparkling.

Their sparkling assured new album illustrates their focus on new works for the flute and harp with an emphasis on Canadian content.

—The WholeNote on lumena

…amongst an august few that really can express themselves on the harp.

Detach is a superbly executed album providing a multitude of ideas for creatives and performers alike.

There is a tensile strength to the music of this album that turns the trick of keeping listeners slightly off balance throughout without ever losing them in the process. 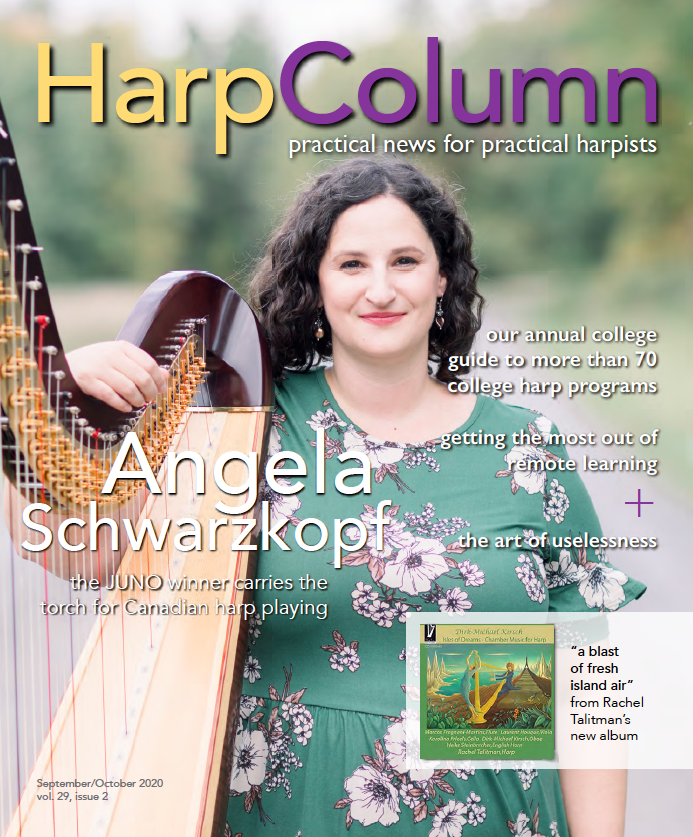 Angela Schwarzkopf. If this name is unfamiliar to you, you could be forgiven…but not for long. This young Canadian harpist won the 2020 JUNO Award for Classical Album of the Year for her album detach. The JUNO Awards are the Canadian equivalent to the GRAMMY Awards in the United States, and Schwarzkopf ’s win puts her in elite company. Only two other harpists have ever won a JUNO—Erica Goodman in 1995 and Judy Loman in 1980. That’s a short list any harpist would be thrilled to be on.

Cathedrals in the sand